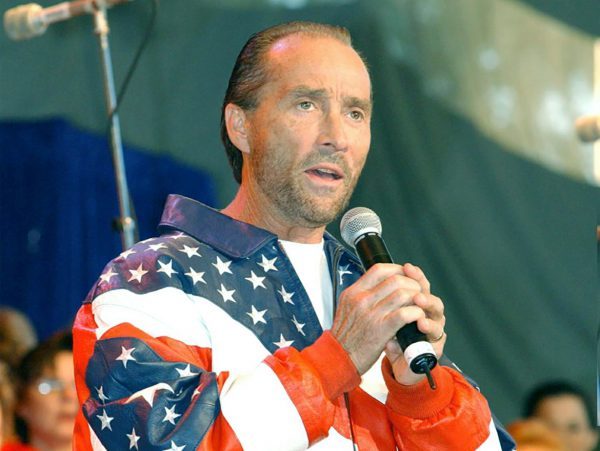 Famous for classic songs like “God Bless the U.S.A.” and “Dixie Road,” Lee Greenwood will be one of the performers at the “Make America Great Again! Welcome Celebration” inaugural event on Jan. 19 — and he believes artists who have turned down or backed out of the celebration of America’s transition of power are making a mistake.

“It’s not just about the Trump event. It’s about the change of power in D.C.”

“It’s not just about the Trump event. It’s about the change of power in D.C. This is our fourth inauguration,” the country artist told The Hollywood Reporter about his band. “I think whenever you’re asked to do a congressional appearance, I think it’s in bad taste to say, ‘No.’ It’s not political.”

A handful of artists have refused to play at President-Elect Donald Trump’s inaugural events, including Elton John and Moby. Some have made public displays of themselves when objecting to any performance, such as singer Charlotte Church. She rudely tweeted to the president-elect: “Your staff have asked me to sing at your inauguration, a simple Internet search would show I think you’re a tyrant. Bye.”

Then there’s Broadway singer Jennifer Holliday, who had confirmed her performance at the same celebration as Greenwood — only to pull out of it, citing pressure from fans. She called her original acceptance a “lapse of judgment.”

Greenwood said he thought Holliday’s decision was a “mistake.”

About all the controversies surrounding the inauguration of our 45th president, the 74-year-old singer said, “We just can’t be deterred by the underlying gossip [about the event].” He said it was important to stay focused.

The respect Greenwood has showed for the office of the president is wholly lacking from many other artists’ public statements. “The nation spoke resoundingly to elect this president,” said Greenwood. “We have a new president-elect, and we’re going to support him.”

Greenwood will also perform at a dinner for Vice President-Elect Mike Pence. Other artists joining in on the inaugural celebrations include rock band 3 Doors Down, Toby Keith, and Big & Rich.

The words of wisdom, patriotism, and common sense from Greenwood are in stark contrast to the comments and actions of performers blatantly looking to politicize an important moment for the country. Through his agreement to perform and his respect for the office of the president, Greenwood is doing something many fellow artists simply refuse to do: helping the country move forward.

Greenwood said that performing at the Trump event will be a unifying moment for him and for viewers. “I consider it a great honor and prestige of being able to sing the song I wrote in 1983 at the Lincoln Memorial. It will be a wonderful moment for my career, but also for the citizens who will be watching it on television worldwide.”