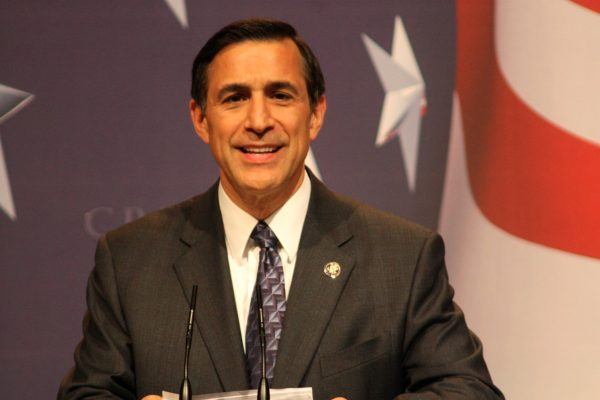 A pair of California congressmen have reintroduced a bill to crack down on abuses of a guest worker program, but critics contend it would do little to stop companies from replacing American workers.

Reps. Darrell Issa (R-Calif.) and Scott Peters (D-Calif.) this week introduced the bill. It is identical to legislation they offered last year, one of a number of bills proposed in the last Congress in response to reports that Disney and other companies were using foreign workers on H-1B visas to replace Americans and then ship information technology jobs overseas. That legislation went nowhere [1] in the last Congress.

“There’s been a partisan divide under President Obama that nothing would happen as far as immigration is concerned … if it didn’t include every part of the Senate-passed comprehensive immigration reform.”

The Issa-Peters bill would prohibit “H-1B dependent” companies — those in which the H-1B workforce is at least 15 percent of the total — from displacing American workers unless the foreign workers make at least $100,000. The current threshold is $60,000. The bill also would index the salary to inflation so that the cap would rise over time.

Issa told LifeZette Thursday that past efforts to address outsourcing aided by H-1B visas have bogged down amid insistence from Democrats that no changes to immigration take place without a comprehensive bill to reform the entire system.

“There’s been a partisan divide under President Obama that nothing would happen as far as immigration is concerned, any sort, any way, any how, any time if it didn’t include every part of the Senate-passed comprehensive immigration reform,” he said.

But critics contend that Issa’s proposal is riddled with loopholes that would allow companies to continue replacing American workers unabated. Rep. Zoe Lofgren (D-Calif.) told USA Today this week that the bill “doesn’t do anything” to stop the practice. She pointed out that $100,000 is below the going rate in high-wage areas like Silicon Valley, where engineers often enjoy starting pay of more than $140,000.

Russell Harrison, a spokesman for the Institute of Electrical and Electronics Engineers, said raising the salary exemption essentially says that outsourcing is OK as long as the displaced American worker earns a high salary.

Harrison said the bill also would count conditional bonuses toward the $100,000 — even for workers who do not end up meeting the incentives for the bonuses. What’s more, he added, companies can save a great deal of money by offering H-1B visa employees minimal benefits.

“Compensation is not just salary,” he said. “It also includes benefits.”

“There’s a big difference between what people say and what they actually do in Congress,” he said. “This whole tangle needs to be gotten rid of.”

Miano cited language in the bill granting protection for American workers only during a 90-day period after a company makes its visa petition. He said nearly all H-1B visa petitions are made in April for visas that start in October — far outside that 90-day window.

Miano said the simplest, most effective approach would be to simply prohibit companies from replacing any American worker with a guest worker from abroad, regardless of the income or how many H-1B employees a company has.

Issa said there should not be an outright ban on consulting firms hiring guest workers. He said there is a need for foreign workers in some cases. The bill, he said, would stop companies from using the program to significantly reduce wages. He suggested that a more “strident” approach would jeopardize chances that a bill would pass.

“It shouldn’t be hard, but it is hard,” he said. “And that’s why we were modest … The beauty in it is that we are trying not to overachieve. We’re trying to improve the system.”

Issa said the bill represents a balancing act, noting that it maintains the current 85,000 annual H-1B visa cap, contrary to the wishes of the tech industry.

“None of them are getting what they really want, which is dramatically more visas and faster pathway to normalization for immigration purposes,” he said.

Harrison, of the tech worker trade group, said he understands the political concerns of writing a bill that could pass. But he added that there “should be a lot of opportunities this year to get some real H-1B legislation passed.”

What’s more, Harrison said, there are a number of steps President-Elect Donald Trump can take unilaterally to rein in the program. Suggestions include: