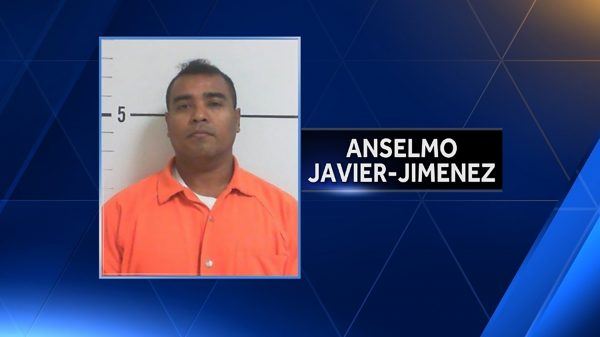 An illegal alien from Mexico was arrested on Monday for the sexual assault of a child.

U.S. Marshals apprehended Anselmo Javier-Jimenez, 45, in North Carolina. Javier-Jimenez has been wanted in Omaha for the first-degree sexual assault of a child since June 2016.

“We can say for a fact that tens of thousands violent, criminal aliens are walking our streets today, due largely to the Obama administration’s lax enforcement policies.”

“Javier-Jimenez was determined to be a citizen and national of Mexico, present in the United States illegally. An immigration detainer was placed with the Surry County Jail in order to hold him for [Immigration and Customs Enforcement] upon his release from local custody,” an official press release said.

News of the arrest arrived only days before President-Elect Donald Trump is to be sworn into office. Trump’s successful campaign was fueled in large part by his promises to secure the nation’s southern border with Mexico.

Trump’s comments were widely seen as controversial, if not openly offensive; however, sexual assaults and rapes — often of minors — by illegal aliens are disturbingly common.

In March 2016, four Guatemalan illegal immigrants — two of whom had been deported previously — were arrested in Massachusetts for raping a woman and beating her boyfriend.

In September 2016, Mexican illegal alien Tomas Martinez-Maldonado reportedly raped a 12-year-old girl on a Greyhound bus in Kansas. He had been deported from the country 10 times previously.

In October 2016, Salvadoran illegal alien Edis Moya Alas was arrested in Fort Worth, Texas, for the kidnap and rape of a six-year-old. In November 2016, illegal alien Roberto Carlos Flores Sibrian was arrested in Fredericksburg, Virginia, on charges of rape and aggravated sexual battery. After getting in a car accident, Sibrian dragged the woman who was driving the other car to the side of the road and sexually assaulted her for two hours.

“The problem with our open border is that we’re never quite sure who’s coming into the country,” Dave Ray, director of communications for the Federation of American Immigration Reform (FAIR), told LifeZette. “All illegal aliens have violated federal law simply by their entry. Unfortunately, a significant portion of them have gone on to commit violent … crimes against innocent Americans,” said Ray.

“We can say for a fact that tens of thousands violent, criminal aliens are walking our streets today, due largely to the Obama administration’s lax enforcement policies,” he added.