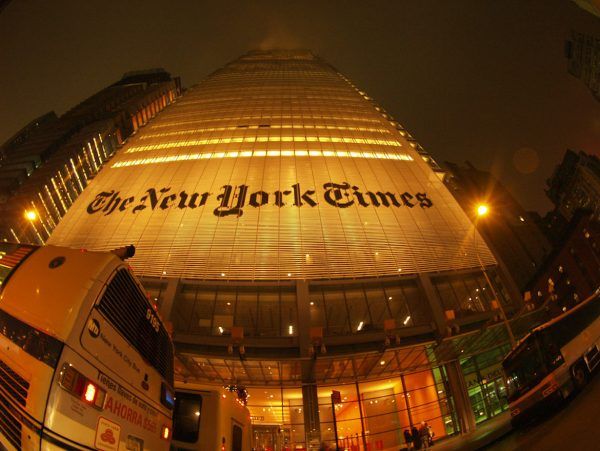 At least the hysterical denial and anger from his detractors and the media is over. Maybe.

But as the moment approached, many in the mainstream media could not help themselves and disgraced journalism and themselves with over-the-top pronouncements of alarm and bitterness.

They fretted. They sweated. They worried. And, of course, they made outrageous comments about Trump as the sand in the hourglass ran out.

‘I Wish You Pain, Trumpers’
Chauncey DeVega of Salon wrote of Trump supporters, “They made a decision that loyalty to whiteness took precedence to a shared sense of humanity and the Common Good.”

Therefore, they almost deserve to suffer, he wrote.

“The butcher’s bill has come due: President Donald Trump is about to victimize his own voters,” Salon titled his essay.

“Our new president’s supporters are likely to suffer from his regressive policies. My compassion is limited,” DeVega wrote. “This is my version of liberal Schadenfreude — with slightly more hostile intent.”

Again, these comments are not made against Trump, but his supporters. Lauer feared those deplorables would see their old foe, Clinton, and get out of hand.

“They’re going to look up on that podium, or next to it, and see Hillary Clinton,” Lauer fretted. “And what are the fears that they may react in a vocal way toward her, mimicking some of the things that have been said during the campaign? And I think you know what I’m talking about.”

Lauer couldn’t even speak the words. Those words are: “Lock her up.”

It’s not surprising Lauer is only thinking of Clinton today. He admitted last week that he cried during a White House ceremony for Vice President Joe Biden, also a Democrat.

Let’s hope Trump fails
Over at Slate.com, another website full of leftist loathing, Yascha Mounk wrote on Thursday for his peers to stop hoping for impeachment.

Instead, they should see a best-case scenario in Trump failing, and then being beaten in 2020 by a young charmer. (Sound familiar?)

One Last Shot at the Transition
Politico Magazine couldn’t resist one more shot at Trump on Inauguration Day.

In a story that was displayed prominently on Politico’s website, the magazine headline’s read: “Trump’s Transition of Untruths, Exaggerations and Flat-out Falsehoods: After a campaign that was largely indifferent to factual accuracy, Trump stayed the course while preparing to be president.”

Politico, one of Trump’s most dogged media enemies during the campaign, then listed 82 things — 82 — as far back as Nov. 13 that Politico labeled as falsehoods.

MSNBC and The Post, as Usual
No list of outrageous comments aimed at Republicans would be complete without MSNBC. This time, The Washington Post mixes in for remarks that would never have been made against President Obama in 2009.

On Thursday night, MSNBC host Chris Matthews said on “Hardball” that Trump will soon have access to nuclear weapons.

His guest, The Washingon Post’s Catherine Rampell agreed that Trump having the nuclear codes “is somewhat terrifying to me, given that Trump does not have the greatest impulse control and when he says that he gets attacked, he punches back.”

People Will Die
The New York Times published varied opinions on Trump on its website on Friday morning. One of the most bizarre opinion pieces came from Harvard University’s Vicki Divoll, who urged officials not to work for the federal government under Trump: “Make no mistake, if Mr. Trump’s ‘agenda’ is successful more, not fewer, Americans and innocents around the world will suffer or die, and none of us will be safer.”

Krugman, Again
Speaking of The New York Times, no list is complete without Paul Krugman, the oddball economist and Times columnist who once suggested Trump pined for an event like the attacks of Sept. 11. 2001, to boost his presidency [1].

Krugman tweeted that Trump may have wanted military equipment at his parade, but “at least he didn’t want the marching soldiers goose-stepping — as far as we know.”

Vox, Redux
An hour before inauguration, Vox wasted no time in smearing the new America under a President Trump — and under all presidents.

“Donald Trump today sets out to make America great again. But what if it was never great?” the headline read.

German Lopez wrote: “America may be great someday, but it has never been there and is not there just yet.”

The Media Wall
Trump has been sworn in. He’s the president.

His presidency will be interesting times, if only because of all the liberal meltdowns, such as those of Lopez and Matthews.